A personal profile: why is it important for people in digital age?

Half century ago, a young man graduated from university and wrote his CV and posted his CV to the company he wanted to work for. One week later, he received a letter from the company asking him to go to an interview. He passed the interview and got the job.

In 2012, a young man was going to graduate in the summer. He has got quite a few social networking sites' accounts and he uploaded his CV to LinkedIn. He has written a blog for three years since his fresher's year. He kept blogging about his study, his views, his work at uni and his part-time job. He received a message on LinkedIn from a company and arranged a Skype interview. He was hired straight after the interview for his efforts and innovative ideas in creating.

In this digital age, it is crucial for students to have their personal digital profile that could help them sell to potential employers.

Top websites you can use to create your personal digital profile:
No.1 LinkedIn
http://uk.linkedin.com/

LinkedIn now has 175+ million users. It is a great place for HRs to look for talents and for talents to look out for great employers. There is an article on Forbes commenting LinkedIn as an indispensable recruiting platform. Here are the top 20 in-demand employers on LinkedIn according to LinkedIn Talent Brand Index. 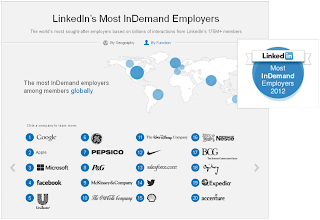 As they are recruiting talents out there on LinkedIn, missing that would not be wise, isn't it?

No.2 Facebook
Facebook Facebook, there is really no need to post the web address of Facebook here right? Facebook is a less professional recruiting SNS compared with LinkedIn. However, quite a lot of companies are observing people they would like to recruit on Facebook. It becomes important then what those people put on Facebook. Employers won't care what you have for breakfast and where you go on vacation, but some content is really not recommended to be put up on Facebook if you know that your potential employers may observe you on Facebook. Exposure is a word that sometimes make people panic. My suggestion? Don't put naked photo there at least. :)

There is a very good and simple infographic on 'How to recruit with Facebook' here at http://mashable.com/2012/02/05/facebook-recruiting-infographic/. 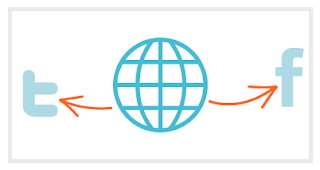 Twitter has been gradually used for recruitment as well. There are quite a lot of recruitment twitter account for specific enterprises. HireRabbit posted an article about successful examples of how companies use Twitter to recruit people. The original post is available here http://blog.hirerabbit.com/how-disney-and-5-other-top-employers-use-twitter-to-recruit/.

Virtual is the new physical

The Internet is finally bringing us together as human beings and the network is finally liberating us. We lived in farms and then we lived in cities and now we are living on the Internet. What do you feel when hearing these? Happy? Sympathetic? Or maybe horrified? I felt a mixture a feelings, happy, excited but also horrified at the same time.

Sitting in Creative Digifest now and drafting this blog post, I am not sure whether going back onto Facebook is a right decision or not. Born in 1986, I am one of the digitised generation. At least, that is what I believe I am. Still, having accounts in more than 10 social networking websites and web applications, I have already gone through the stage of being obsessed with all fancy SNS apps. It took me about 5 months to understand what I was doing there, for example, posting pictures of my breakfast, my dress and my friends randomly just didn't make any sense. Why I felt that I needed to do that? There have been quite a lot of research on people's motivations in creating digital content online. One of the most important reasons is confirmation of identity. Put simple, who we are and how we are recognised by others. What people do online defines who they are to some degree to others who observe their digital activities online. What people want others to think of them drives people's digital activities. A very simple example: less people would put on a photo featuring themselves very ugly unless they would like to do it in purpose. The thought that 'I am good in this dress' simply would drive their activity in posting a photo featuring them in the dress. Here comes the question: what's the impact of digital activity? I would say none if random activities of online citizens define digital activity. It would mean quite a lot, especially for businesses and individual who know what they are doing.

There have been quite a lot of businesses observe their employees and candidates online. Businesses that market their products and manager customer relationships online. Individuals who build their own businesses online. Digital activities are changing the world rapidly into something different yet similar to some degree to the old fashioned physical world. Personally, I believe the digital world is more useful for businesses and enterprises and of course individuals who are building their digital profile and conduct commercial activities online. For average people, they might get bored sooner or later as I did and get themselves detached from the SNS. There is a Dr. from Warwick University doing research on this issue. 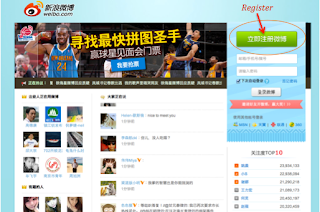 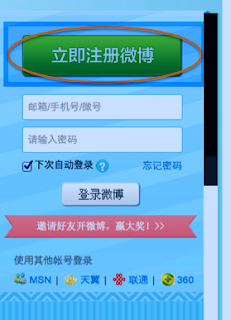 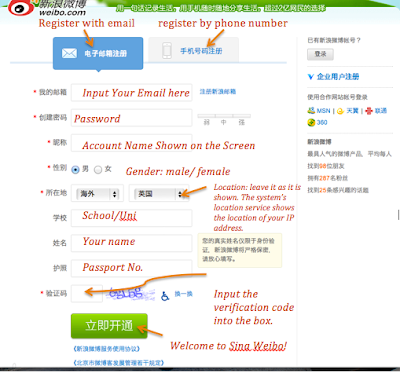 4    4. Check your email box and activate your account by clicking the link in the email 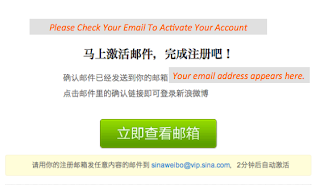 6.  The activation link brings you to Sina Weibo 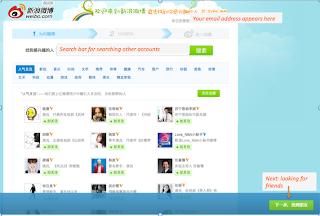 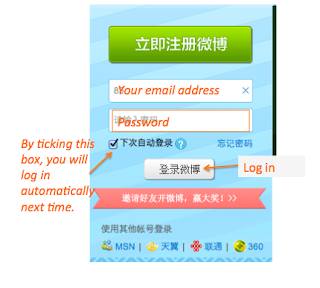 Hope all of you will enjoy exploring Sina Weibo.

Here is the link to the new version of my presentation about Social Media in China.
http://www.slideshare.net/vickyyunxu/social-media-in-china-12749363

What is Marketing? Basic knowledge

Keywords: marketing, customer classification, customer value and satisfaction, CPV, CRM.
Generally speaking, marketing is the process by which brands create and deliver value to customers and capture values from the customers in return. The bond between customers and brands are relationships. The stronger the relationship, the more value the brands would get. The key aim of marketing is then to build strong and lasting customer relationships with superior value and customer satisfaction.
However, not all customers are worth taking care of. Brands should focus on those profitable customers and divest in those unlikely to contribute profits to the companies. Customers could be classified into four basic categories based on profitability and projected loyalty: strangers, butterflies, true friends, and barnacles.

In order to achieve strong and lasting customer relationships, the company needs to excel at partnership relationship management as well, which means that the companies should work closely with the partners within the company and outside the company to create and deliver superior value and satisfaction to their target customers in order to beat their competitors.
What is value and satisfaction them?
Customer perceived value (CPV) is the customer’s evaluation of all the differences and all the costs of a marketing offer compared with other competing offers in the market.
N.B. the price is not the sole measure of CPV. There are other variable affecting the CPV: brand, design, quality, easiness of purchase, return policy…
There are three possibilities of match between perceived performance and customer expectations.
(1)   L when the expectation exceeds the performance. When you bought a fancy dress online and received a rag, that’s it.
(2)   = when the expectation matches the performance. When you bought a fancy dress online and it was a fancy dress you received. Successful shopping you would say.
(3)   J when the expectation matches the performance. When you bought a fancy dress @ £15 and it was a fancier dress worth about £50 you received. WOW!
This reminds of a psychological term called Buyer’s Remorse and a strategy to avoid that -- Justifying the Sale with Social Proof. Remind the customers that they have made a wise decision in choosing the offering. This is a strategy often used in fashion retailing industry. Sales associates often make compliments of the customer’s purchase when they are closing the transaction. Reason? Push the customers to confirm that this is a good choice they make and nothing would go wrong about it.
After all, the companies chase after profits and what constitutes the profits? Customer equity. No customers, no business. What is customer equity then? Customer equity is the total customer lifetime value of all the customers the company could get hold of. Now you realize how important customers are? The job of the marketers is to attract, delight, and grow customers. Because highly satisfied customers are more likely to speak in favour of the product/service/company, they will do the marketing for the brands.

Happy to know that the total user population of Sina (NASDAQ:SINA) Weibo, the no. 1 micro blogging service has already exceeded 300 million according to their annual fiscal report published recently. It's said 10% of the 300 million users are located overseas (unverified data yet). If so, it is going to be a great opportunity for brands to get in touch with their Chinese customers.

Well, maybe not everyone can succeed on the Sina Weibo. London major definitely didn't. Reports said it was a failure for his PR team working on Sina Weibo approaching Chinese voters.

Several tips on the go: things that make trends on Weibo: images, jokes, entertaining news, but please NO political stuff.
Posted by Ring Y. Xu at 11:25 No comments:

I just read news about launch of Sina Weibo’s English interface. The link to the news is here http://blogs.wsj.com/chinarealtime/2011/04/25/chinas-sina-rolls-out-english-interface-on-weibo-iphone-app/ and I am downloading the English version now. It’s a mobile only interface. You won’t be able to use it on your laptop, but definitely you can access your weibo account on your iPhone much easier with English being the commanding language on this interface. It does not change the fact that majority of the online content is in Chinese. However, you will be able to use, log-in, send, play around and have fun with this English version.